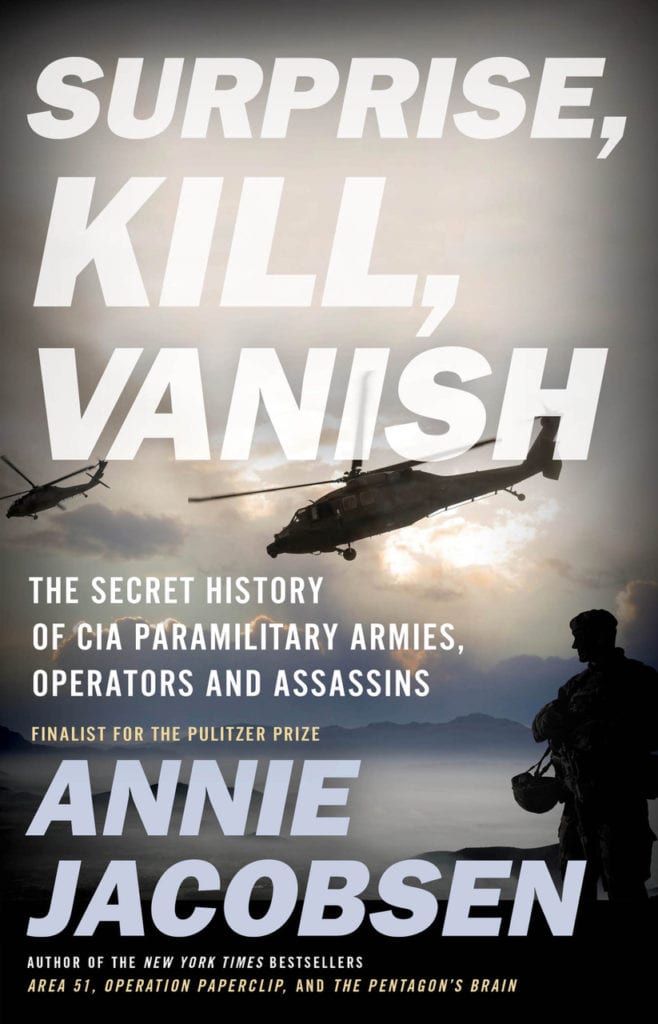 Some might say this is a book about assassination, but really it is a book about covert action, Tertia Optio, the president’s third option when the first option, diplomacy, is inadequate and the second, war, is a terrible idea. All covert action is classified, designed to be plausibly denied, and because of this it is sometimes called the president’s hidden hand. The most extreme of all hidden-hand operations involves killing a leader or prominent person, and this book focuses on that act.

The president’s third option was born in the wake of World War II, and those who created it did so to avert World War III. With its ethos in unconventional warfare, the Central Intelligence Agency officers and operators who conduct covert action were originally called the president’s guerrilla warfare corps.

The same legal construct that allowed national-security advisors for Presidents Eisenhower and Kennedy to plot to kill foreign leaders like Fidel Castro also allowed Presidents Bush and Obama to create a system in which prominent people can be placed on a kill-or-capture list, to be targeted and killed. This authority remains in effect today. Targeted killing is not limited to high-technology drone strikes. The president’s guerrilla warfare corps kills enemies mano a mano, in close-quarters combat when necessary. The group that has the authority to conduct these lethal operations outside a war zone, on the ground, is the CIA’s Special Activities Division. One of its most lethal components is called Ground Branch.

The origins of the Special Activities Division, including its Ground Branch, lie in the CIA’s precursor agency, the Office of Strategic Services, and specifically its Special Operations (SO) Branch, a guerrilla warfare corps whose goal was to kill Nazis—to sabotage and subvert the Third Reich. The motto of one unit, the OSS Jedburghs, was “Surprise, Kill, Vanish.”

Did you know the CIA had a secret paramilitary army?

Photos (left to right): CIA paramilitary operators chasing “tangos” or targets do not wear uniforms; The Tali Bar at the Ariana Hotel, Kabul, Afghanistan circa 2002; Ground Branch team members in Afghanistan; The last outpost before Tora Bora; A Ground Branch officer teaches indigs on a Counterterrorism Pursuit Team how to read a map

Photos (left to right): Waugh as a young Green Beret, 1964; Waugh in Libya with Colonel Qadaffi’s men, 1977; Waugh spying in Cairo, 1997; Waugh fighting Al Qaeda in Afghanistan, 2001; Waugh earned his paratrooper wings in 1948, when he was nineteen years old and has been jumping into war zones and training grounds and who knows where else, ever since. I took this photo of him in Varadero, Cuba, moments after he made what is likely his last parachute jump, age 87-1/2, in June 2017.

William D. Waugh, one of the oldest longest-serving covert-action operators in the United States and a highly decorated U.S. Army Green Beret, makes up the core of Surprise, Kill, Vanish. His is an extraordinary life spent dedicated to perfecting the art of covert action. Covert action is assigned to the CIA in peacetime but run jointly by the Defense Department during war.

“A behind-the-scenes look at the most shadowy corners of the American intelligence community…Well-sourced and well-paced, this book is full of surprises.”