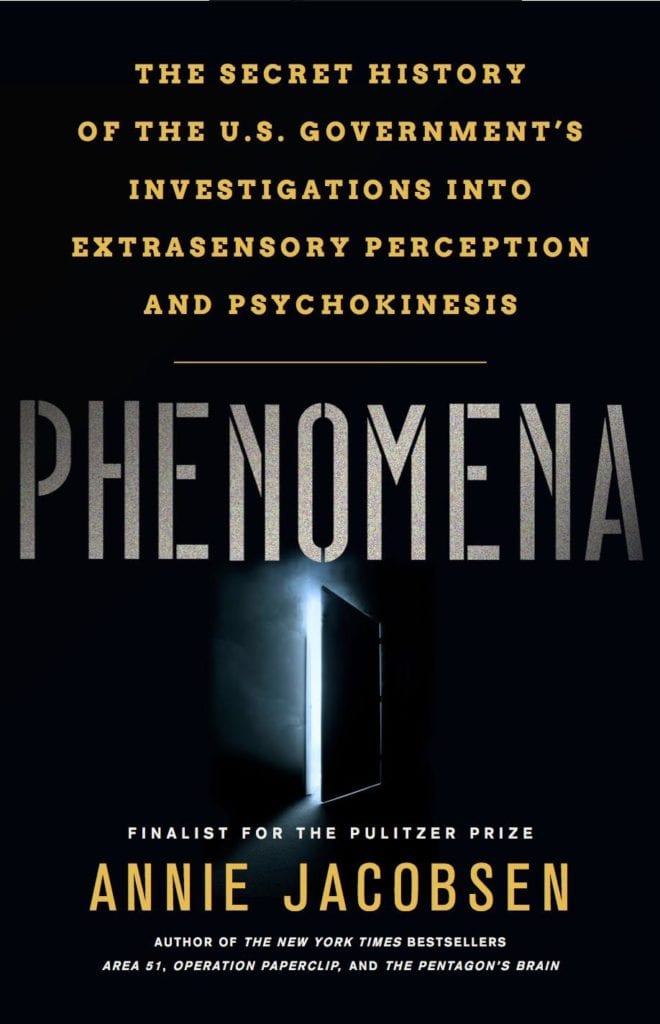 This is a book about scientists and psychics with top-secret clearances. It is about the U.S. government’s decades-long interest in anomalous mental phenomena, including extra-sensory perception (ESP), psychokinesis (PK), map dowsing, and other forms of divination, all disciplines the scientific community rejects as pseudoscience.

Across recorded history these disciplines have been called magical, mystical, supernatural, and occult. Today they are called paranormal. Those who practice them have been lionized, vilified, and burned at the stake. And then, just a few years after the end of World War II, the U.S. government determined anomalous mental phenomena to be effective military and intelligence tools, and began to investigate their possible use in classified operations. This book tells the story of this post-war endeavor and its continuation into the modern era.

Were the government’s psychics gifted seers or skilled magicians? And are the scientists who studied them, many of whom continue to study these phenomena today, on the brink of discovery? Are they modern-day scientific revolutionaries akin to Galileo, Louis Pasteur, and Madame Curie, each of whom solved scientific mysteries that baffled scientists for millennia? Or is ESP and PK research a fool’s errand, nothing more?

How do scientists—people of reason—approach such enigmatic subject matter? And what about the psychics themselves? Who were the individuals hired by the U.S. government for these top-secret programs, and how do they explain their military and intelligence work? To research and report this book I interviewed fifty-five scientists and psychics who worked on government programs, including the core members of the original group from Stanford Research Institute and the CIA, the core group on the military side, defense scientists, former military intelligence officers and government psychics, physicists, biologists, neurophysiologists, cyberneticists, astrophysicists, a general, an admiral, a Nobel Laureate, and an Apollo astronaut. These are their stories.

“The truth is out there and the feds paid to find it. In her new book Phenomena…Jacobsen has accomplished the gargantuan feat.”

“Annie Jacobsen is back with a new tome that should entice anyone who doesn’t mind thinking outside the box; or as referenced in her book, as if there is no box.”

“[A] fascinating exposé of governmental research into ‘anomalous mental phenomena’… Enthralling reportage on one of America’s most curious defense endeavors.”

“Compelling….An excellent read that gives evidence on both sides of the argument that extrasensory perception (ESP) and psychokinesis exist… Highly recommended for those interested in the military and the paranormal.”

“Eye-opening…A fascinating peek at a little-seen side of national security.”